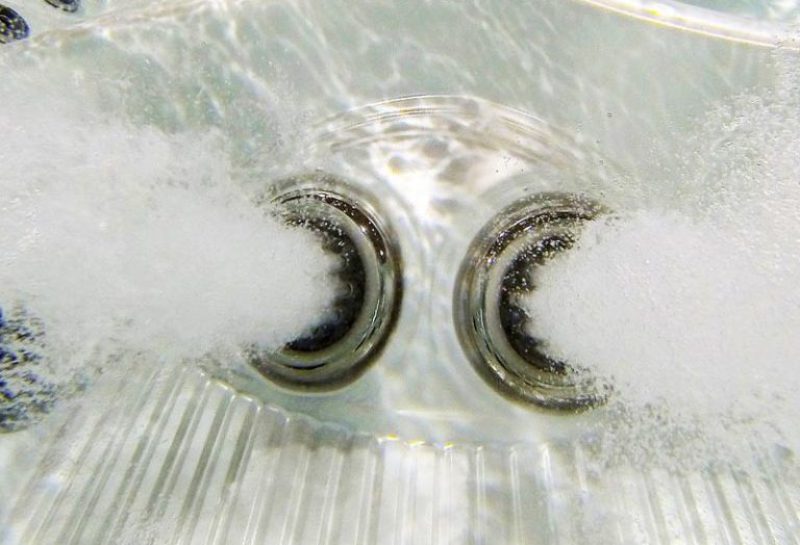 The dual footblasers have their own dedicated pump to offer all around relaxation. 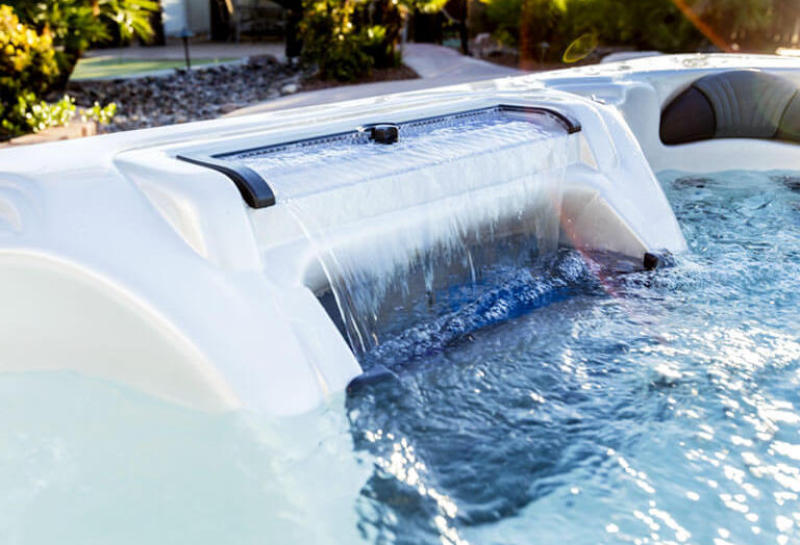 If you close your eyes, the tranquility fall will transport your mind to a resort with calming running waters.

At night, it lights up in any color you desire. This feature can be turned off if you prefer complete silence while relaxing. 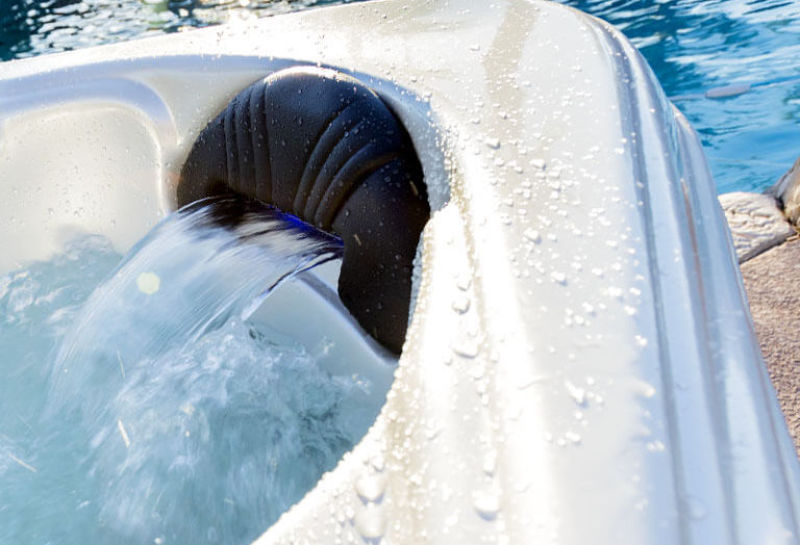 The pillowfall is one of the LED water features that can be turned on or off. Relax while listening to water flow or turn it off for complete silence. 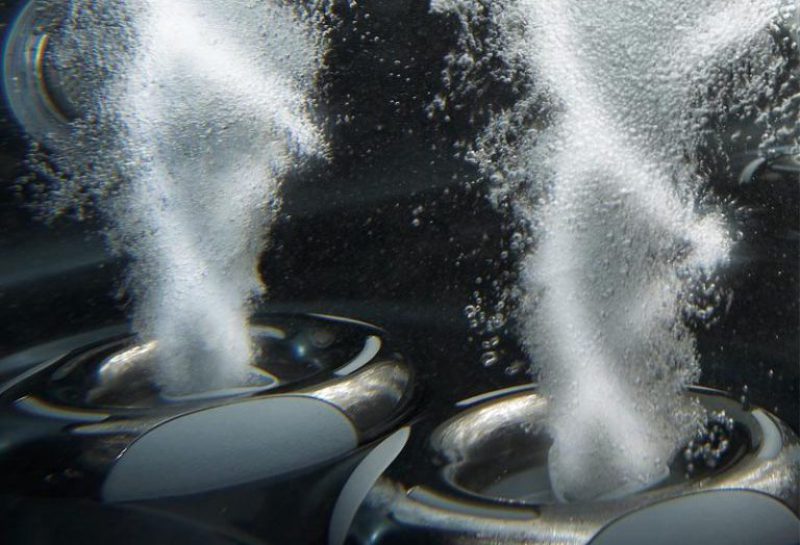 Island and Island Elite spas feature a revolutionary breakthrough in hydrotherapy jetting that makes use of the timeless concept of a helix; a curve in three-dimensional space such as that found in a spiral staircase. This Artesian Spas patented jet design provides a truly remarkable hydro-massage. Engineered with the concept of the double helix in mind, the jets use a right-directional spiral on the inside of the cylinder. This causes water to spiral out in a twisting motion, providing jet pulsation and heightened massage pressure.

The two largest helix jets, named ProHelix™, provide a high volume of water to massage large muscles in the body. The midsize helix jet, called TheraHelix™, is strategically placed in the spa in small groups to massage muscles such the calves, hamstrings, deltoids, biceps, and triceps. The smallest helix jet, the AccuHelix™, is placed in large groupings to massage larger regions of the body, such as the entire back. As a complete system, four to five different sizes of helix jets are featured in every model. 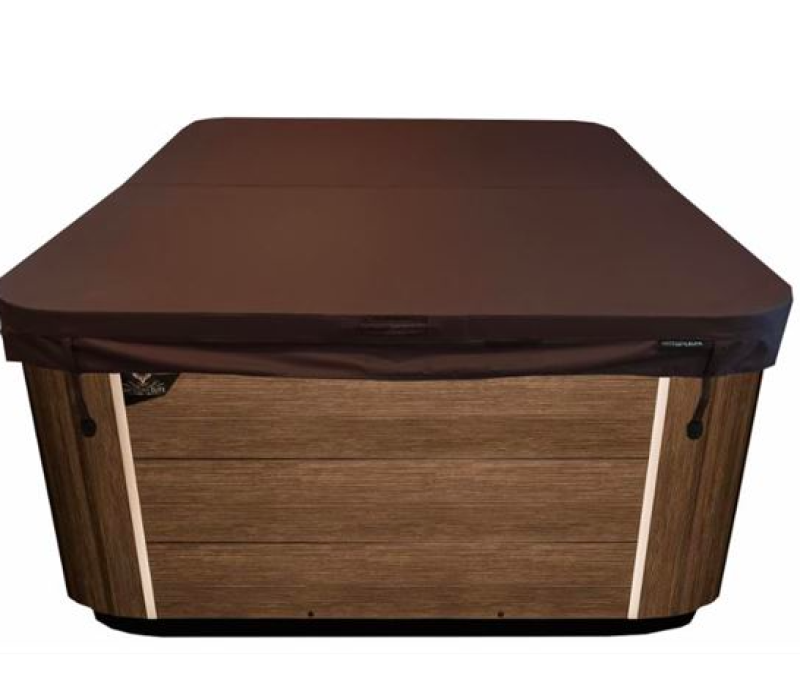 The material of this cover outpreforms a vinyl cover for three main reasons.

It is easy to clean, it doesn't fade, and it won't crack from sun exposure.

This cover will last longer and look better over the years in comparison to a vinyl cover. 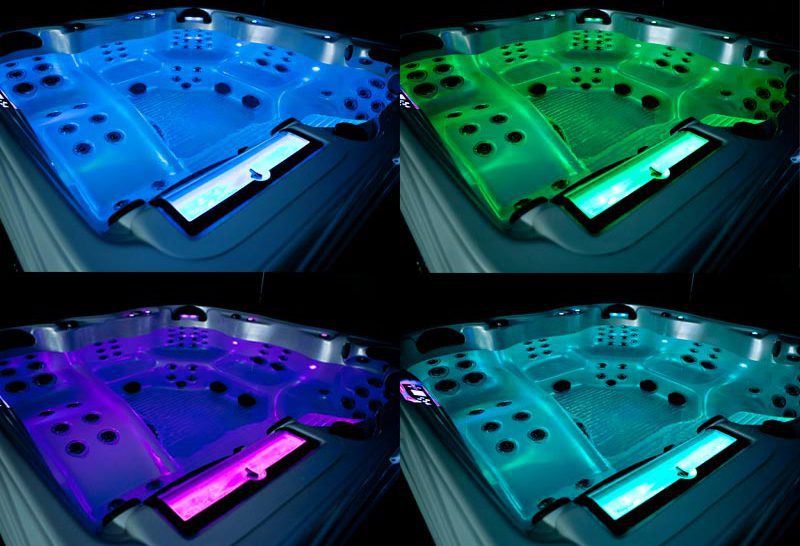 These lights will shine your favorite color or blend between all the colors.

Kickrail lighting brings the appereance of your spa to the next level. 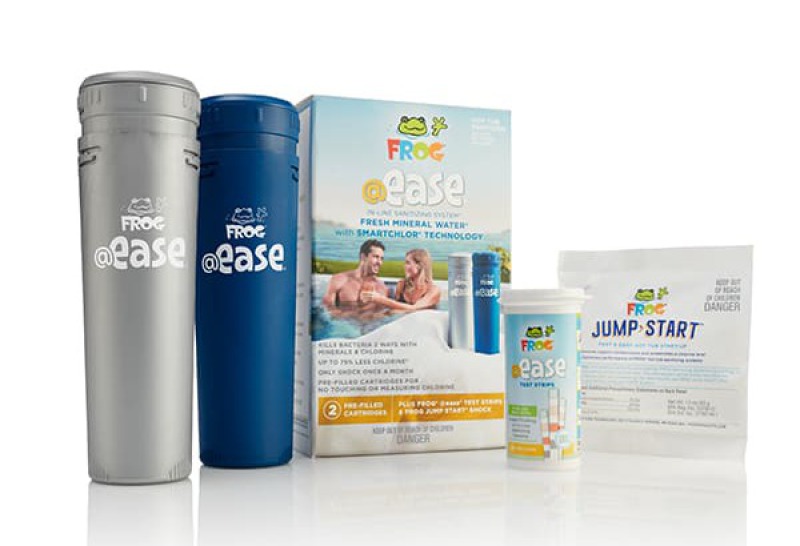 All of our South Seas Spas come with a FROG @ease inline system. This system consists of to cartridges that go inside a chamber in the acrylic shell.

Smartchlor technology uses 75% less chlorine than normal granular or tablets. This system won't smell like chlorine, bleach swimsuits, or dry out your skin. 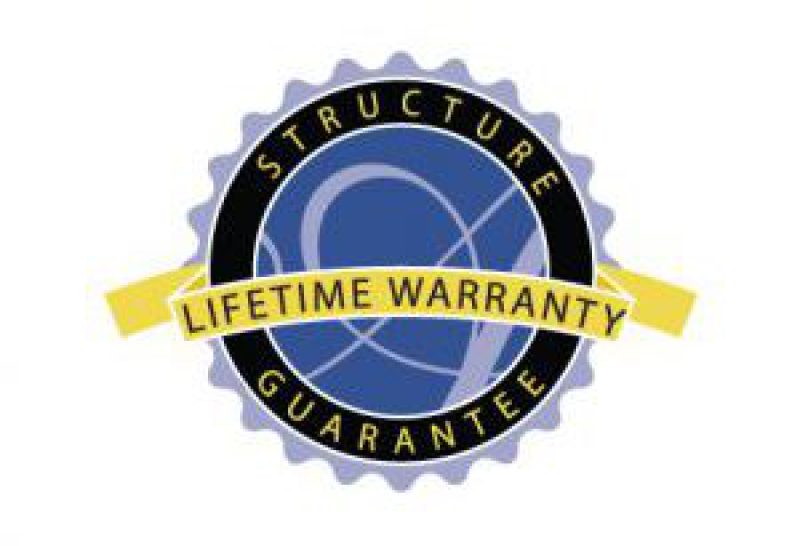 Artesian guarantees that the strucutre of their spas will be warrantied for life!